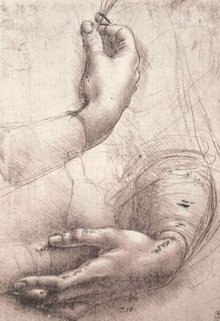 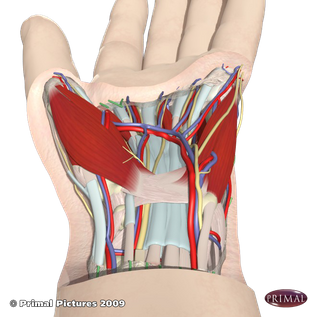 What is Carpal Tunnel Syndrome?

Carpal tunnel syndrome (CTS) is a disorder of compression and dysfunction of one of the main nerves to hand (median nerve). As the median nerve it crosses the front of the wrist into the hand it passes through a canal, formed by the bones of the wrist and a ligament on top of it (transverse carpal ligament). This anatomical canal is known the carpal tunnel (see figure 1). It contains 9 tendons and the median nerve and is a relatively fixed space. Any disorder that may cause fluid retention or swelling may cause carpal tunnel syndrome (e.g. underactive thyroid, pregnancy). Other predisposing factors include diabetes, vitamin B12 deficiency, trauma, infections, anatomic abnormalities, swellings (e.g. ganglion) and arthritic or inflammatory disorders of the wrist and hand. However, in the vast majority of cases the cause for carpal tunnel syndrome is unknown. The most accepted theory is that it is a non-inflammatory syndrome caused by oedema and fibrosis (swelling and scarring). Various occupations are associated with an increased risk of developing and aggravating carpal tunnel syndrome, but are not generally the cause per se.

It generally presents with aching and paraesthesia (pins and needles), which is classically worse at night, or on activity. Severe CTS, can also present with weakness, clumsiness and wasting of the small muscles of the hand.

How is it diagnosed?

This is generally done by taking a careful history and by clinical examination. Nerve conduction studies (an electrical testing of nerve function) are often performed to help confirm the diagnosis.

Some cases may respond, if mild to a trial of night splint, simple exercises and avoidance of aggravating symptoms. However more severe symptoms require a small operation to relieve the pressure of the nerve by dividing the transverse carpal ligament. This can be done as a minor day-case procedure, under local anaeasthetic. Very occasionally I inject the carpal tunnel with steroid and local anaesthetic, however, there is a significant risk of recurrence with this treatment.

What are the results of surgery?

In my experience the success rate is dependent of the symptom severity, and severity of the nerve compression seen at surgery. If the nerve is very badly compressed for a long period, the outcome is less favourable. In general however the success rates and patient satisfaction is over 90%.

What are the risks and complications?

Most patients have a degree of scar tenderness and sensitivity that may persist for many weeks, as the hand is a sensitive part of the body. But this generally settles by 6 to 12 weeks. There is also a chance of recurrence due to internal scarring around the nerve.

Complications are rare with round a 1% risk of:

Stitches and dressing are usually removed at two weeks. Many patients can drive and return to work at this stage, but this is dependent on the individual’s response to the operation. In most cases patients regain full strength and function between 8 an 12 weeks.