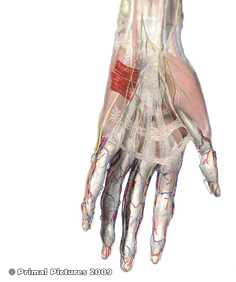 The normal palmar fascia (deep connective tissues of the hand) 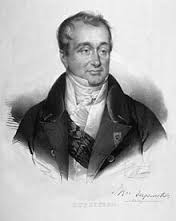 What is Dupuytren’s Disease?

Dupuytren’s disease (DD) is an abnormal proliferation of fibrous tissue within the skin and deeper tissues of the hand. We all have a layer of deep connective tissue in the hand that anchors the skin down to the bone. In DD excessive connective tissue is laid down forming cords and nodules with palm of the hand and the fingers. Over time these cords can draw the fingers in causing contractures of the joints, limiting movement and function. It is named after Baron Guillaume Dupuytren, a French anatomist and Surgeon. His fame rose when he became military surgeon to Napoleon Bonaparte. He described these contracture of the hand  in 1831, and they still bear his name today.

What are the causes?

DD is a genetic disorder with several genes having been isolated in recent years. It is associated with excessive alcohol consumption. There is also weak evidence that cigarette smoking, trauma and occupation may also have a part to play.

How is the diagnosis made?

This is a clinical diagnosis made on examination.

DD is a painless disorder. As the cords progress they form contractures limiting hand function. The natural history is progression of deformity over time.

Treatment depends on the severity of the disease. Early DD, with no frank cords causing deformity, require observation only. As the deformity starts to progress and cause finger joint contractures, treatment is generally indicated.

With conventional surgery the complications include wound breakdown and infection (1-2%), nerve and artery injury (1-2%), cold intolerance (up to 20% in some series in the literature) and recurrence of deformity (50% of patients have some degree of recurrence of symptoms by 5 years).

With needle fasciotomy the risks are lower but the recurrence rate is thought to be slightly higher than conventional surgery.

With Xiapex, the risks are rare, but potentially serious; tendon injury (less than 1%), wound breakdown and infection (1%), severe allergic reaction (less than 1 in 1000). The drug works by “dissolving" the DD tissue and this causing a local allergic reaction which can be uncomfortable initially. In severe contractures it is not unusual for the skin to tear on manipulation of the digit. Occasionally the treatment doesn’t work.

This depends on the type of treatment offered, with needle fasciotomy and Xiapex treatment requiring less time off work and driving. For conventional surgery, the wounds take between 3 and 6 weeks to heal, with grip strength and movement requiring at least 6 to 12 weeks to return to normal. A night splint to keep the fingers straight whilst the wounds heal and scars mature is generally advised for at least 12 weeks.